There are various types of discrimination in the workplace which can occur as a one-time incident or an ongoing process significantly affecting your employees. Employers should take responsibility to ensure that their employees and the candidates applying for jobs in their companies are treated fairly.

With the rise in cultural and gender diversity in the workplace, employees of various ethnicities and backgrounds must work collaboratively to achieve the company’s objectives.

Today, the workplace has become more equitable, giving opportunities to people from different walks of life. Step into a modern workplace, and you will see people of different ages, races, sexes, and more.

What is Discrimination in the Workplace?

Discrimination in the workplace occurs when an individual or group of individuals are treated unfairly or unequally based on their backgrounds or certain personal characteristics. Some of these characteristics include race, ethnic background, gender identity, age, impairment, sexual orientation, religious views, or even national origin.

Workplace discrimination can also happen between coworkers, employees, and their bosses or even with job applicants who can be denied their opportunity for employment based on their characteristics.

Discrimination is illegal, whether intentional or accidental, and authorities in any organization should ensure that adequate diversity training is provided to all the employees within the firm. This will help to create a workplace free of harassment and discrimination.

Difference between Discrimination and Harassment

As stated, under California’s Fair Employment and Housing Act (the “FEHA”), the distinction between workplace harassment and employment discrimination are as follows:

Workplace Harassment occurs when someone harasses another person because of their gender, color, national origin, sexual preference, or other categories. This can include anything stated or written, as well as a graphic or physical contact.

Types of Discrimination in the Workplace

Do you know any of them?

Even though the Civil Rights Act has safeguarded minorities from racial discrimination, race-based discrimination is still prevalent in today’s workplace.

Racial discrimination is so widespread that it accounts for more than one-third of all EEOC allegations each year. Certain minority groups are frequently overlooked at all stages of the job search—they are not hired, mentored, or promoted. Furthermore, they are subjected to discriminatory and unjust inspections and, in some circumstances, are wrongfully terminated (especially when they complain about it).

Whenever there are any complaints related to unfair treatment due to racism, sexual harassment or any favoritism, the HR role in creating and promoting diversity becomes vital as they are the ones who should take the right actions to solve these problems.

Gender discrimination occurs when people are treated unjustly because of their gender. Gender discrimination can take various forms: it might be a refusal to hire women, refusal to accept females at a leadership positions, not promoting women, female employees getting marginalized once they have children, and payment made less than their male counterparts.

According to the Equal Pay Act of 1963, businesses must pay men and women equally for equal work.

Women are often disciplined for being “assertive” or “persistent,” characteristics that most supervisors appreciate in their male employees. To demonstrate that gender discrimination is alive and well, look no further than the US’s largest corporations, where less than 5% of CEOs are women.

Under the Americans with Disabilities Act and the Rehabilitation Act., employers are not permitted to discriminate against existing or prospective employees based on any physical or mental disability or past medical condition, such as cancer; the company must also offer reasonable adjustments for these employees in the workplace. 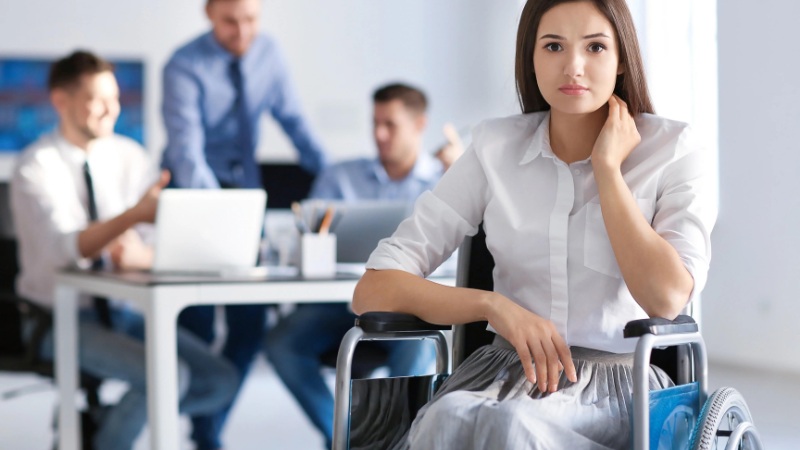 Discrimination against pregnant or new moms is known as pregnancy discrimination. Some companies will refuse to hire a woman who is pregnant or intends to become pregnant. Other companies use pregnancy as a reason to criticize or fire their staff. Employers could also “eliminate” roles while pregnant employees are on leave or refuse to grant them leave.

Pregnancy discrimination can manifest as bias towards new mothers who resume and require accommodations to breastfeed or pump. 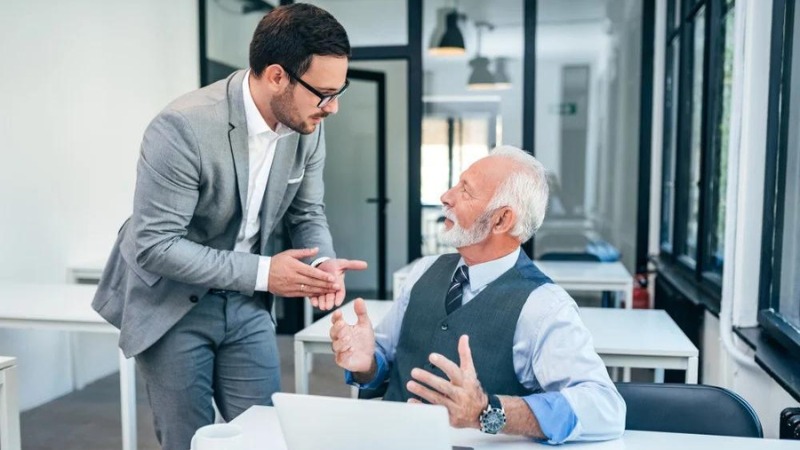 The Age Discrimination in Employment Act protects employees over the age of 40. (ADA). Companies are also prohibited from discriminating against employees based on their age regarding perks, remuneration, and incentives.

Employers must accommodate employees who require the time, place, or other facilities to practice their religion.

The Labour Law prohibits discrimination based on skin color.

No race should be favored or disfavored in the hiring process simply because they are a different color. Furthermore, an employee’s race or skin color should not be factored in training, promotion, or termination decisions. 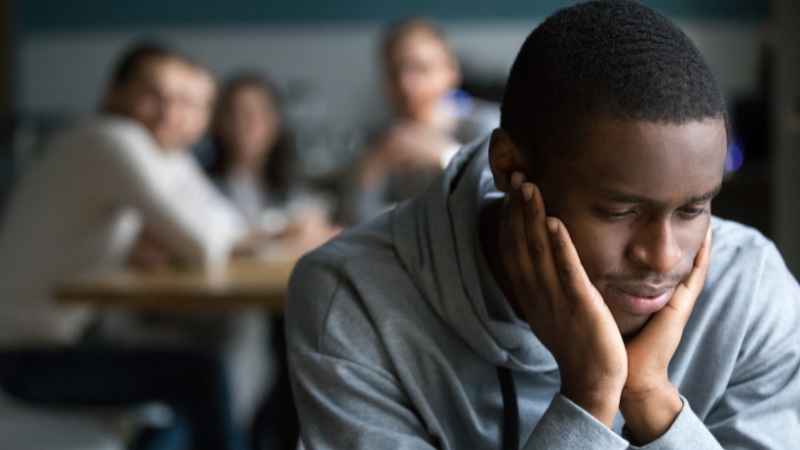 This means employers should refrain from making broad generalizations about personal attributes based on their interactions with people of a certain race. This could include labeling all Caucasians as one stereotype or all individuals of African origin as another. This does not do justice to a certain job seeker’s or employee’s character and personality.

In 2020, the United States Supreme Court ruled that an employer that terminates a gay or transgender employee violates Title VII of the Civil Rights Act. It is unlawful to deny equal pay, employment opportunities, or company benefits based on sexual orientation or gender identity.

Discrimination at the workplace is illegal. It hinders employee performance and destroys companies by driving smart and devoted employees out of the workforce or company. Companies must avoid discrimination to ensure a productive and pleasant workplace.

Discrimination may lead to dissatisfied employees and a terrible public image for the organisation. With the fight for equal chances and equal rights, today, there is no tolerance for unfair discrimination in recruiting, terminating, training, remunerating, and promoting employees.

And, if you want to avoid legal battles, retain a productive staff, and maintain a positive public image, you must prioritize preventing workplace discrimination.

Stay Updated with our latest news straight into your inbox!

Please input your email address. That email is already subscribed. Thanks for subscribing. Your address has been added. :)
Tags: Discrimination in the Workplace Workplace discrimination 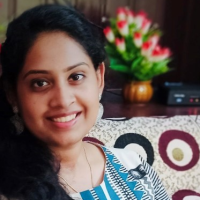 Merin
View More Posts
Merin is an HR professional with an MBA in Human Resource. She likes doing a lot of research and study in the field of Human Resource and can't help but share her knowledge on the same in this platform. She is also a great cook and during her free times she keeps experimenting with new dishes. Know more about Merin by clicking here. 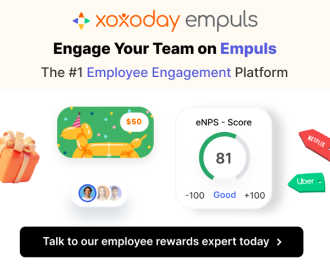 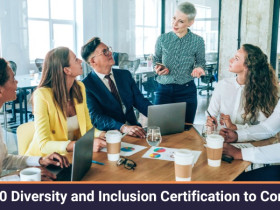 Top 10 Diversity and Inclusion Certification to consider in 2023 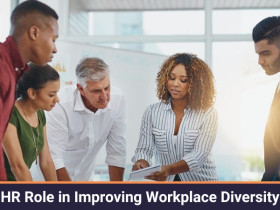 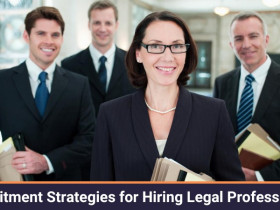 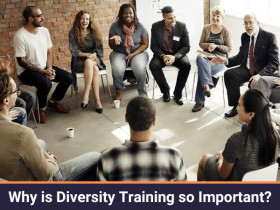 Why is Diversity Training so Important? 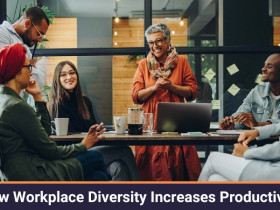 One new article per week.

Please input your email address. That email is already subscribed. Thanks for subscribing. Your address has been added. :)

Top 10 Diversity and Inclusion Certification to consider in 2023

Why is Diversity Training so Important?